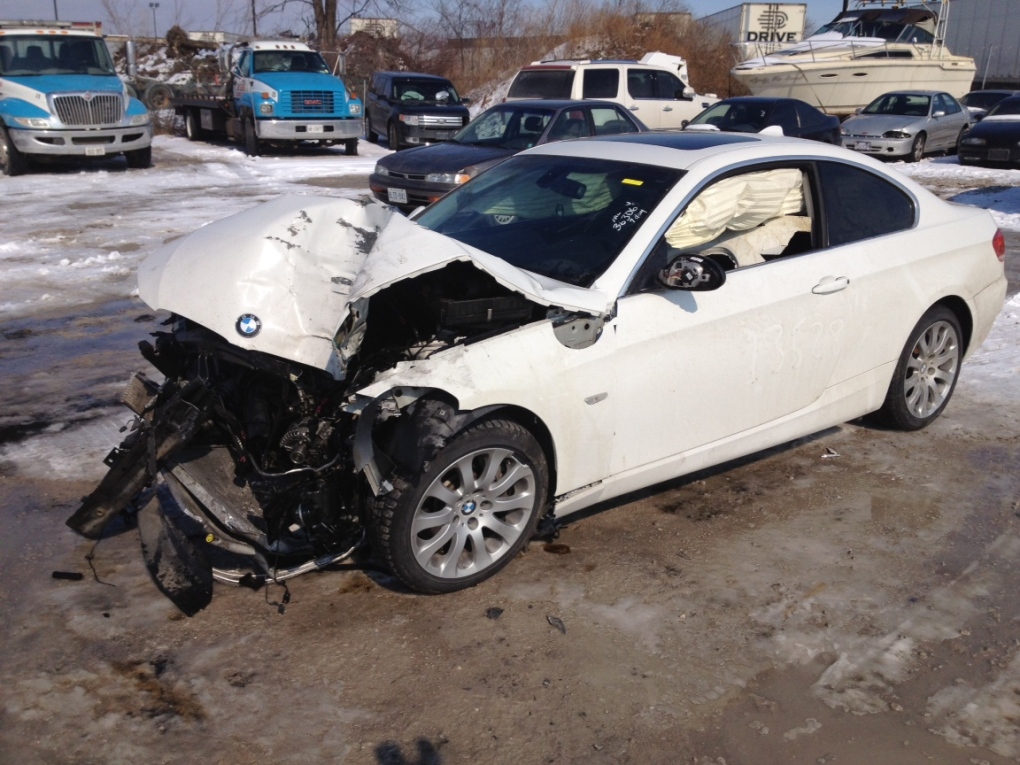 A 28-year-old Amhertsburg woman has been arrested on suspicion of impaired driving following a crash early Monday morning.

Just after 3 a.m., Windsor police responded to a collision at 905 Tecumseh Rd. West.

Once there, officers found a car had slammed into a hydro police and snapped it in half.

Hydro crews were called in to repair the damage.

A truck driver says a westbound 2008 BMW went off the road as it got to the curve at Crawford, and struck the pole and also ran over a fire hydrant.

The female driver was not injured but damage to the vehicle is estimated at $50,000.

She was arrested on site.