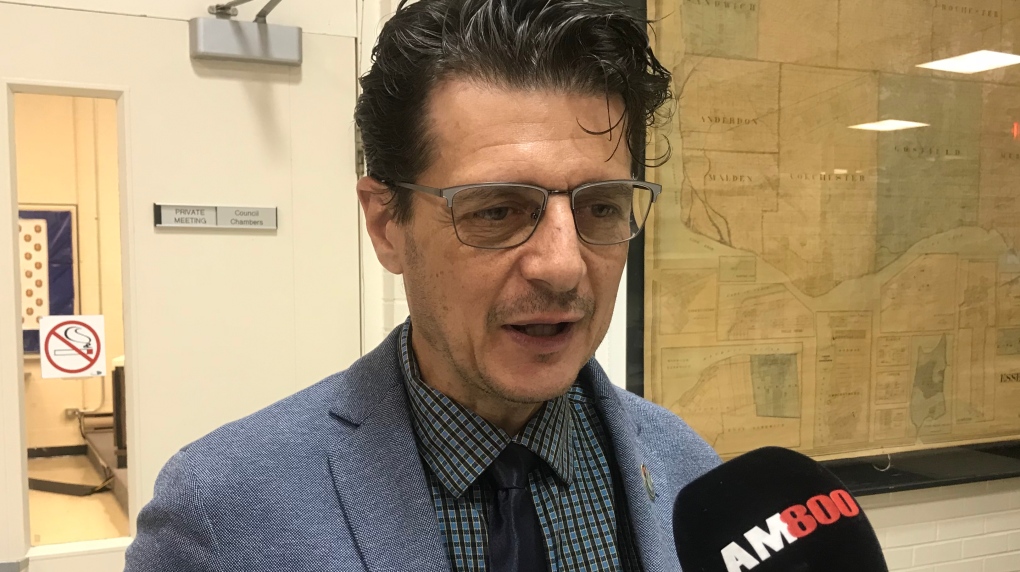 Amherstburg Mayor Aldo DiCarlo returns to council chambers on July 29, 2019, for first time since April, when he took a leave of absence for an undisclosed illness. (Rich Garton / CTV Windsor)

DiCarlo believed the attack was targeted as police told him no other property in the area has been damaged.

"My daughter had to wake up to four flat tires on her car this morning. She's done nothing wrong. Anyone in politics knows it is a tough business. Not just for the person that's in it but their family. My family, despite everything that's gone on have been very respectful. They've never got involved in social media...And now they are forced to be involved."

Anyone with information is asked to call police or crimestoppers