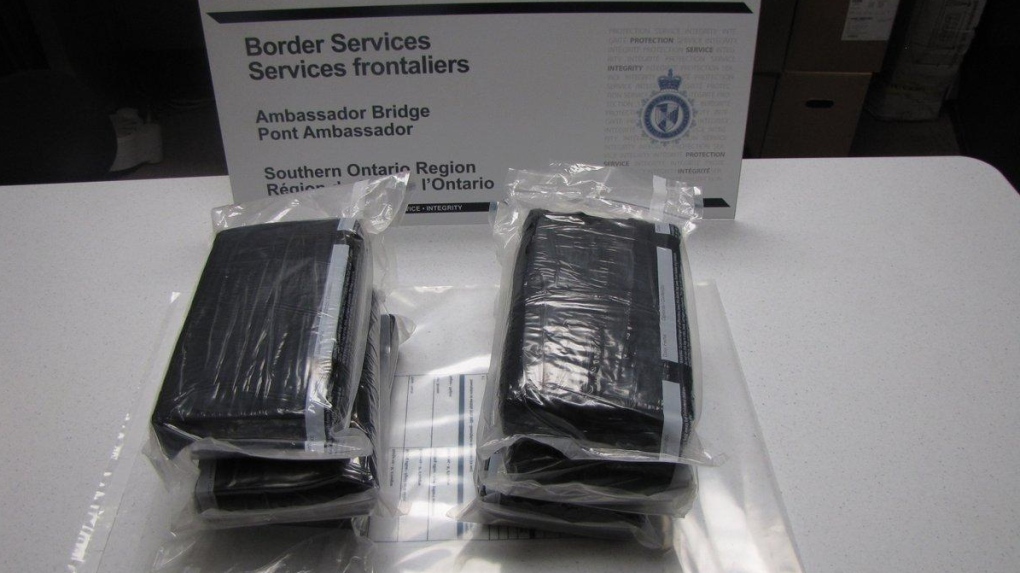 It turns out a cocaine bust at the Ambassador Bridge in Windsor was a lot bigger than originally thought.

Canada Border Services Agency officials say six bricks of suspected cocaine, weighing a total of 8.2 kilograms, were found by officers within the sleeper cab of the tractor on Feb 19.

The CBSA says officers continued the search of the commercial truck with a detector dog on Feb. 20 and found an additional 49 bricks of suspected cocaine, bringing the total weight of cocaine seized to 74.2 kilograms.

A 44-year-old Waterloo man who was driving the truck was charged by police.

“Cocaine is one of the drugs that organized crime groups commonly try to smuggle into Canada,” said Tamara Allard, the district director of Ambassador Bridge operations. “The illegal drug trade brings violence and other associated crimes into our communities and neighborhoods. The CBSA, along with local and regional police, continue to work together to keep illegal drugs out of our country and our communities.”

If you have information about suspicious cross-border activity, you can contact the CBSA Border Watch Toll free Line at 1-888-502-9060.