Alleged Windsor shoplifter gets into unmarked cruiser instead of getaway car 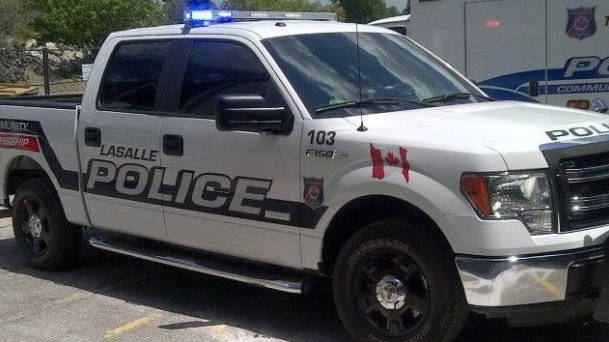 LaSalle Police are asking the public for information on an ATV crash on Mayfair Avenue on Saturday, April 22, 2017 that seriously injured the driver.

LASALLE, Ont. -- Police say a shoplifter at a Windsor-area mall climbed into an unmarked police cruiser, mistaking it for a getaway car.

LaSalle police officers were called to a store at the mall at Windsor Crossings Premium Outlets at 1555 Talbot Road in LaSalle for a report of an adult female shoplifter on Monday around 3 p.m.

The suspect was described as woman wearing a pink hijab and carrying a baby seat covered with a blanket.

A detective in plain clothes responded to the area and set up outside the store in his vehicle waiting for the suspect to exit.

Police say when she left the store, she walked directly to the detective's unmarked police vehicle and tried to get in to the rear seat, mistaking it for the vehicle that was supposed to pick her up.

The detective got out, identified himself as a LaSalle police officer and arrested the suspect for theft and possession of stolen property.

Police say this was not the first time officers had dealt with this woman for shoplifting using a similar disguise, which was not a hijab, but in fact a pink and white polka-dot pillow case fashioned to look like a hijab.

Officers believe the pillow case was used as a means to conceal her identity and the empty baby seat covered by a blanket was used to conceal stolen merchandise.

A 35-year-old Windsor woman is scheduled to appear in court in November to answer to the two criminal charges.