Alleged victim tells court she was 'violated' by Windsor denturist 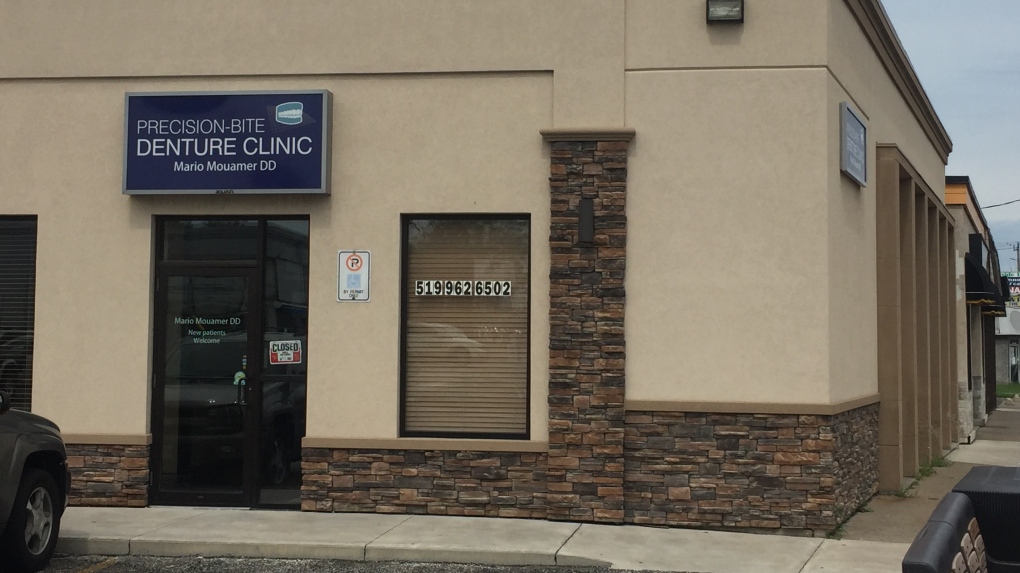 WINDSOR -- A fifth alleged victim took the stand Thursday in the sexual assault trial of a Windsor denturist.

Mario Mouamer, 40, is facing 15 charges of sexual assault, not 17 as previously reported because CTV News has learned two of the charges were dismissed by the court.

The alleged victims cannot be identified because of a court-order publication ban on reporting details which may identify them.

The woman on the stand Thursday says she went to Mouamer for a denture.

On one occasion she says “the upper half of his body pushed me towards the sink” and then she alleges Mouamer “adjusted his penis (with both his hands) and then put it between the cheeks of my butt.”

She told the court she left the office that day and told her sister “I think I was just violated.”

The woman says she didn’t go to police and report her incident until after it was reported in local media that Mouamer was charged and police believed there were other victims.

Crown attorney Tim Kavanaugh asked her to explain why she went back to Mouamer after this alleged assault occurred.

“He told me he was tired of people slipping through the system,” she replied. “He said he would help me.”

On cross-examination defence lawyer Laura Joy asked why she only paid $300 when $600 was the total amount owed to Mouamer for her dentures.

The woman told the court she went to Mouamer only seven times to the office but Joy argues she actually went nine times.

“You knew Mario was vulnerable as a result of hearing the media reports about his charges,” said Joy,

Joy accused her of taking advantage of Mouamer’s situation. The woman disagreed.