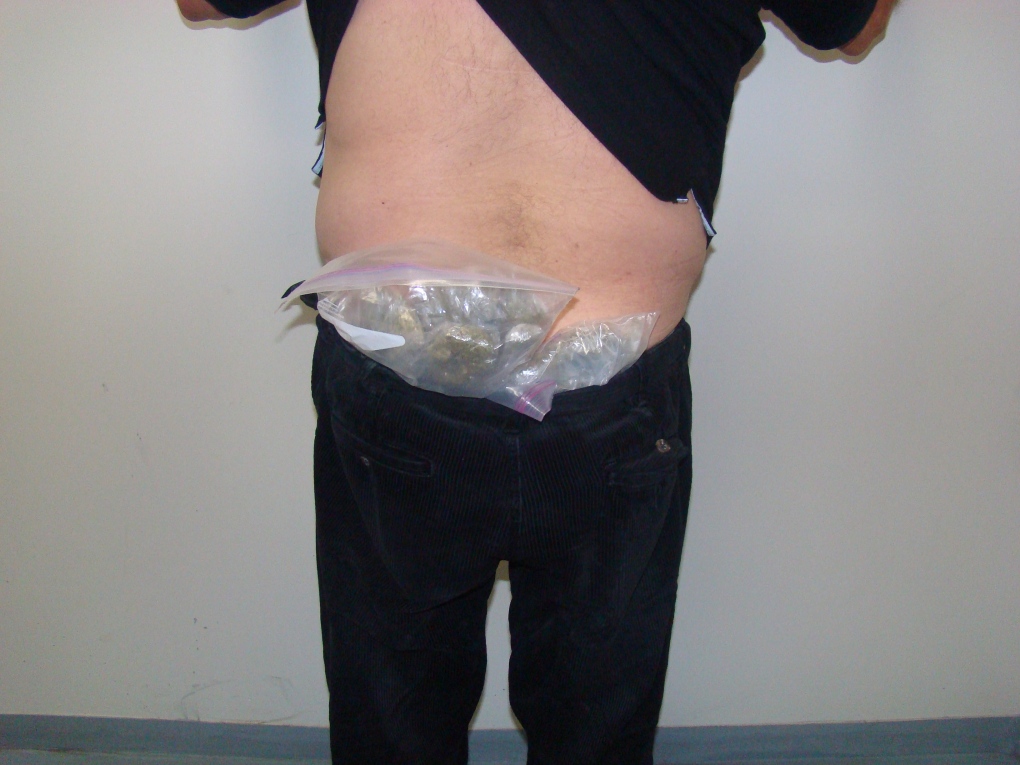 A man suspected of smuggling marijuana is seen in this image released by U.S. Customs and Border Protection.

U.S. Customs and Border Protection officials say a man has been arrested and charged after allegedly attempting to smuggle marijuana through the Detroit-Windsor tunnel.

Border officers seized 294.5 grams of marijuana from a U.S. man last Tuesday, who reportedly had it concealed under his clothing.

The man was travelling alone in a cab and claimed to be on his way to visit his sister, but would not share the exact location where she lived.

During a pocket search, officers noticed plastic bag sticking out from the small of his back. Officers removed the bag, which in a field test was positive for marijuana.

The male was arrested and the drugs were seized and turned over to task force agents from Homeland Security Investigations.