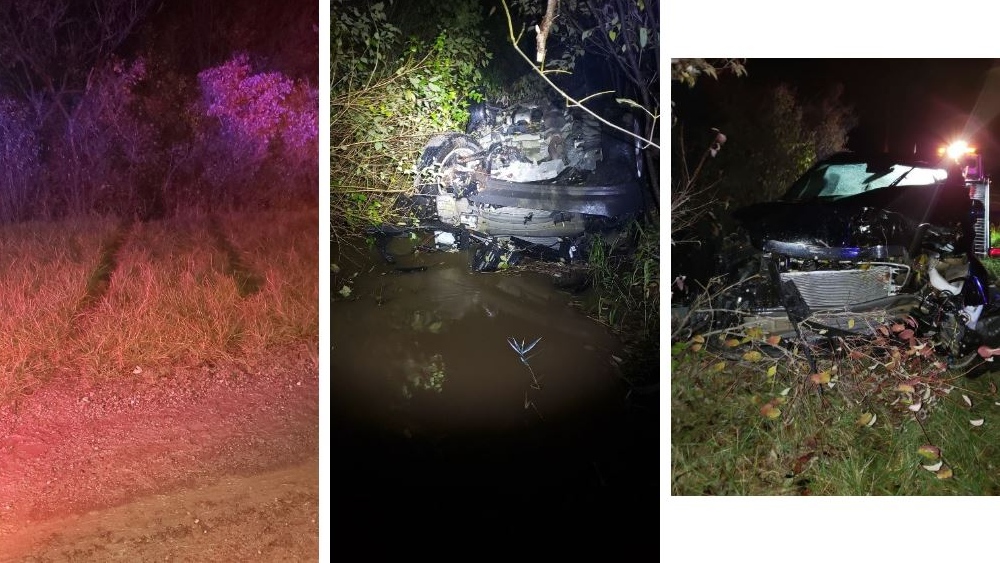 A vehicle was found in a water-filled ditch with a trapped man in the 9000 block of County Road 11 in Amherstburg, Ont, on Tuesday, Oct. 30, 2019. (Courtesy Windsor police)

WINDSOR -- Windsor police are crediting the quick actions of emergency personnel to help rescue a man when the vehicle he was driving crashed into a water-filled ditch.

Officers from the Windsor Police Service Amherstburg Detachment responded to a report of a single- vehicle collision on Saturday around 11:45 p.m.

Police received information that a vehicle was overturned in a water-filled ditch with a trapped occupant in the 9000 block of County Road 11 in Amherstburg.

Officers arrived to find an ambulance and witnesses on scene.

The officers found a set of fresh tire tracks leading into the ditch. An overturned vehicle was found deep in the ditch. The lone occupant was calling out for help.

Officers managed to break the rear window of the vehicle and were able to safely remove the lone occupant, a man.

After the rescue, an investigation was launched into how the collision took place.

The man was arrested at the scene and is now facing a charge of impaired operation of a motor vehicle.

He was subsequently transported to hospital for treatment of non-life threatening injuries.

Police say they have included photographs to serve as strong reminders to plan ahead if you are going to be consuming alcohol or drugs. Officers say this could have been a fatal crash investigation.

The case remains under active investigation.