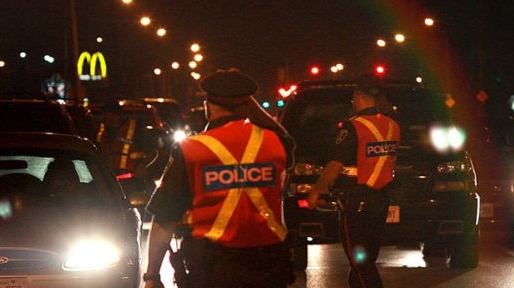 An alleged impaired driver in Chatham-Kent received a 90-day driving suspension after getting busted at a local Reduced Impaired Driving Everywhere (R.I.D.E) program.

Members of the Chatham-Kent OPP were conducting the R.I.D.E. program on the Highway 401 Eastbound on ramp from Queen's Line on July 19.

Police spoke with a vehicle driver that entered the R.I.D.E. and an Approved Screening Device was utilized.

The driver was arrested and transported to a local OPP detachment where further tests were administered.

The 25-year-old Chatham man was charged with operation of a vehicle while impaired- blood and alcohol concentration 80-plus.

A 90-day driving suspension and seven-day vehicle impoundment was initiated as per statute. The accused in this matter was released from custody and is scheduled to appear at the Ontario Court of Justice in Chatham at a later date to answer to the charge.

If you suspect someone is driving while their ability to operate a motor vehicle is impaired, either by drug or alcohol, call police at 911 to report it immediately.