A Michigan man is charged after a boat struck a break wall in Tecumseh on Saturday night, according to police.

Around 11:45 p.m., officers were dispatched with EMS and Tecumseh fire to the 1400 block of Riverside Drive near Manning Road.

Police say a 32-foot, Michigan-registered vessel with eight people on board struck a break wall. Two of the people were taken to the hospital with non-life-threatening injuries.

The boat was still on the break wall on Monday morning. 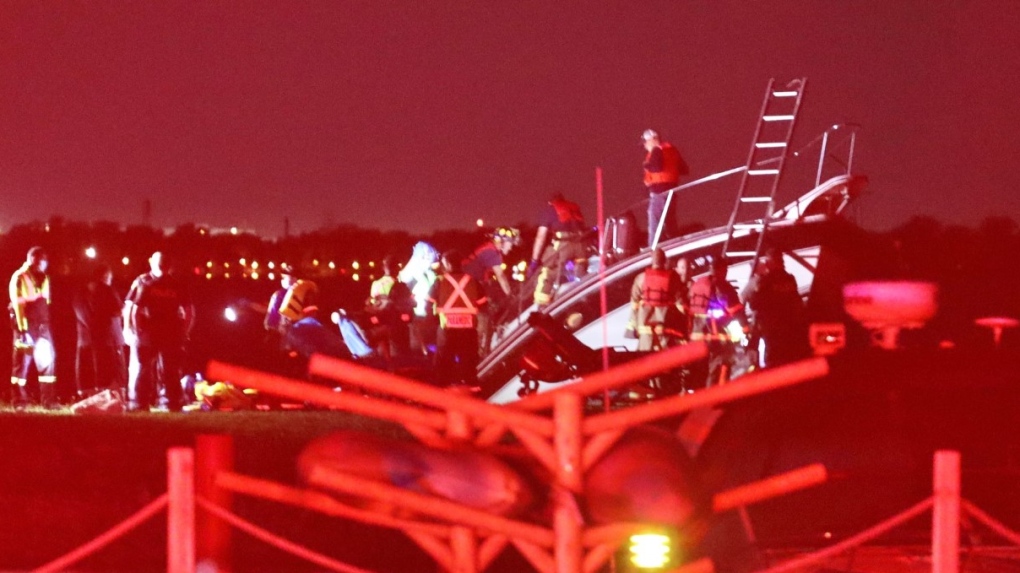 Emergency crews respond after a boat his a break wall in Tecumseh, Ont., on Saturday, June 19, 2022. (Source:_OnLocation_/Twitter)

“It looks like it was a nice boat,” said Beach Grove County and Golf Club member Margaret Chan. “It's incredible how anybody could do that, but I have a feeling it's going to be a while to get that thing off.”

Nearby residents told CTV News they didn’t hear anything when the collision occurred.

“This is kind of weird to see this happen. It's usually such a quiet area, but we didn't hear a thing,” said Linda Monforton. “Oftentimes you hear the boats really revving through here.”

Nicky Adams told CTV News she didn’t hear the crash when it happened either.

“I got up in the morning and opened my window and said ‘oh, I think I've inherited a boat here,’” Adams added. “But he must have going up quite a speed to be able to push it up there. And most local people would know that that is very shallow water. So it was obvious it was for someone not around here.” 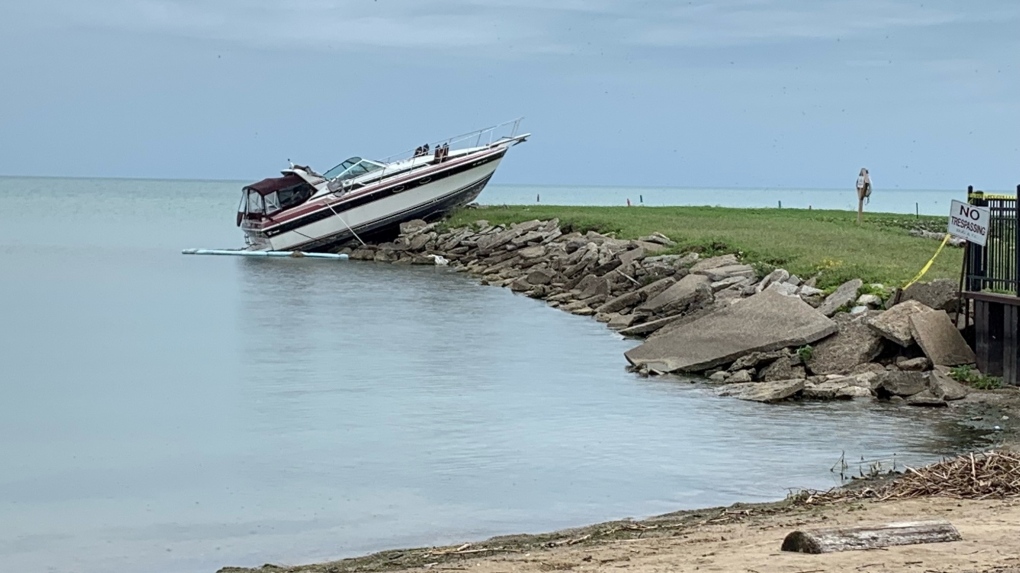 A 51-year-old from Detroit, Michigan is charged with operation while impaired - blood alcohol concentration (80 plus) and operation causing bodily harm.

“Thankfully, the injuries weren't more serious than what they were,” said Essex County OPP Constable Steven Duguay. “It still highlights the importance of safe navigating on waters whether you're on the Canadian side or on the American side, make sure you know where you are and the biggest thing is drinking and boating doesn't mix at all. It does not mix.”

Duguay said it could take several days before the boat is removed, noting the investigation continues.

“It's a wide-open lake. There's no islands,” Duguay explained. “So people typically go out there and think it's a free for all. You still have to know where you're navigating on this lake. There are some obstacles in this lake that are hidden. And even there's some jetties and some brake walls that shoot out from mainland that can be an obstacle especially at late night hours, dark hours when you're not familiar with the waterways.”

Duguay continued, “When you're navigating on waters at night, you have to have your navigational lights operational on your vessel so you can be seen by other voters as well.”

The accused was released and is scheduled to appear in a Windsor court at a later date.

The people on board the boat were then turned over to the Canada Border Services Agency.