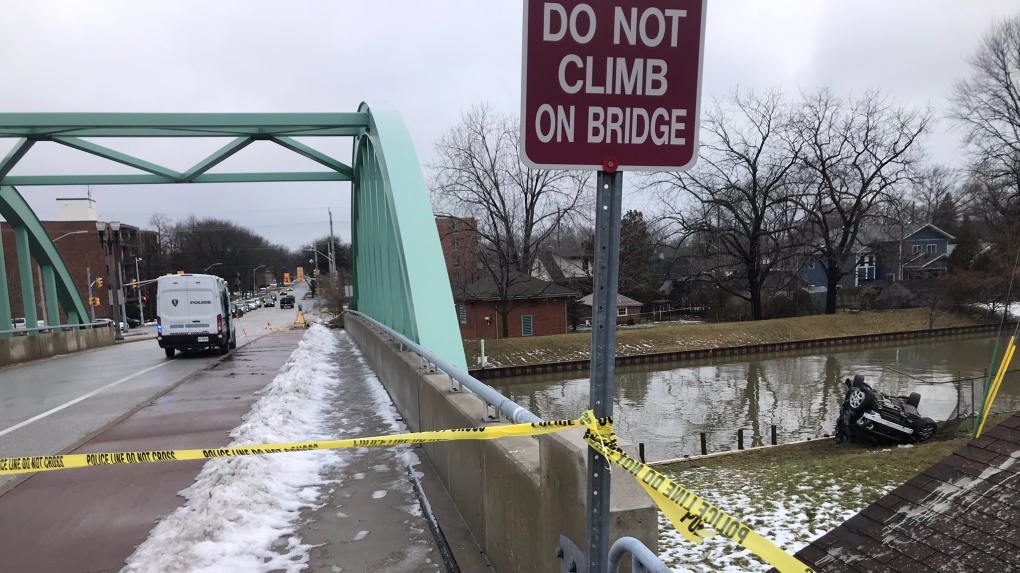 WINDSOR -- Windsor police say a 20-year-old Windsor man is facing an impaired driving charge after his car became "airborne over Little River” and landed on the other side of the bank.

Officers say the vehicle lost control as it approached the intersection at Riverdale Avenue near the bridge.

Officers immediately went to the bridge on Wyandotte Street East, which runs over Little River.

The blue Cadillac was found on the eastern bank of Little River.

Through investigation, police determined the vehicle had become airborne over Little River, coming to rest on the opposite side on its roof.

The driver of the vehicle was arrested on scene without incident. He was transported to hospital with unknown injuries, later determined to be life-threatening.

An adult male passenger, who appeared trapped inside the vehicle, was assisted by officers out of the vehicle through the driver's side window.

The passenger was transported to hospital with unknown injuries, later determined to be non-life-threatening.

Officers from the Traffic Reconstruction Unit and the Forensic Identification Branch attended and processed the scene.

The driver is facing a charge of impaired operation of a motor vehicle causing bodily harm. He was released on an undertaking with a future court date.