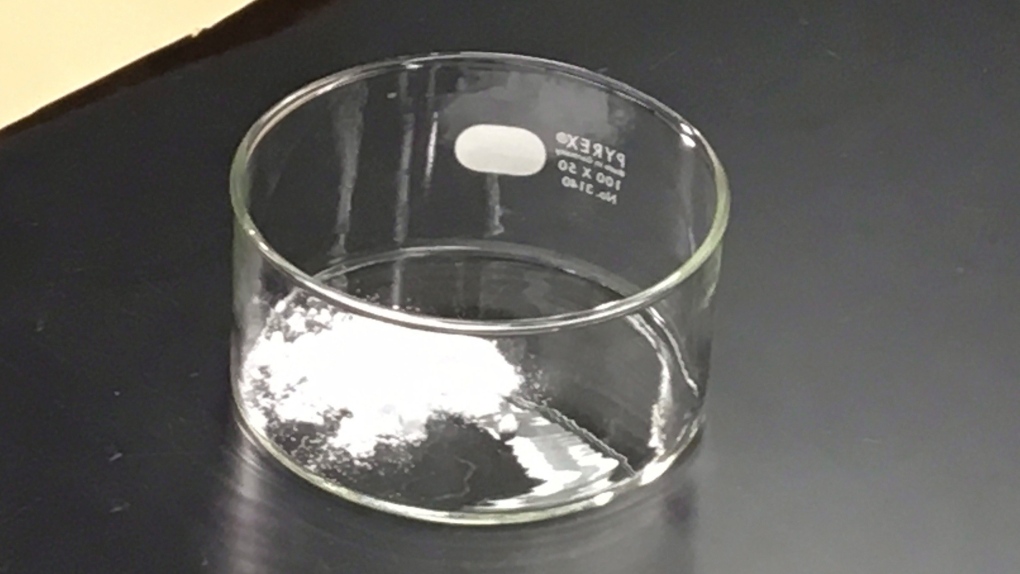 In this photo released by the US Drug Enforcement Agency, DEA, and taken on Oct. 21, 2016, a sample of carfentanil is being analyzed at the DEA's Special Testing and Research Laboratory in Sterling, Va. (Russell Baer/U.S. Drug Enforcement Administration via AP)

An alert has been issued in Windsor-Essex about cannabis-like substances containing a powerful opioid.

The Windsor-Essex Community Opioid and Substance Strategy put out the warning about carfentanil on Thursday.

Windsor police say they have not encountered cannabis like substances containing carfentanil here, but other jurisdictions have.

Officers warn if you are consuming cannabis, make sure to know your source.  Your life may depend on it.

They say they seized the drugs between March 20 and April 8 -- the same period in which five people died of suspected overdoses in the city.

Police Chief John Pare says it is not yet certain that carfentanil caused the deaths, but he is warning users to be aware the opioid is on the city's streets.

More than 4,000 Canadians died from opioid overdoses in 2017, the latest full year where data is available.

If consuming CANNABIS, make sure to know your source. Plz review attached ALERT from WECOSS. Although the Windsor Police Service has NOT encountered any cannabis-like substances containing carfentanil, other jurisdictions have. Your life may depend on it. #MakeTheRightDecision pic.twitter.com/FpOcE9SjSf