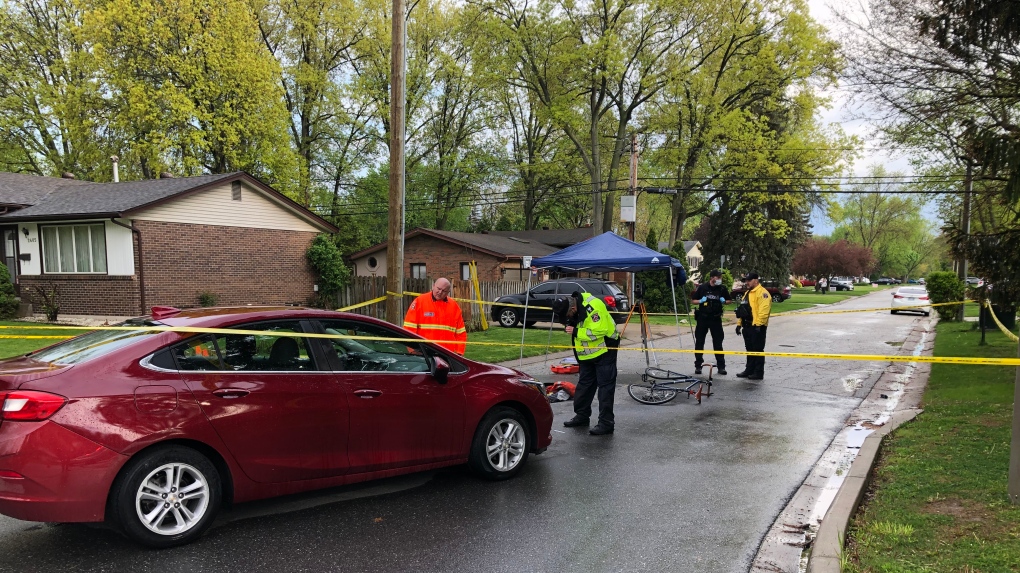 A cyclist was struck by a vehicle on Todd Lane in LaSalle, Ont. on Friday, May 7, 2021. (Angelo Aversa/CTV Windsor)

LONDON, ONT. -- Alcohol was a factor in a crash that sent a cyclist to hospital with serious injuries in LaSalle Friday, according to police.

LaSalle Police Service says a cyclist was struck by a car turning from Todd Lane onto Canada Street around 4:30 p.m. Friday.

Witnesses tell police the cyclist turned to avoid the collision but was still hit by red Chevy Cruze — a 59-year-old man from LaSalle was knocked from his bike and pinned under the front of the car.

An 82-year-old man from LaSalle has been charged with careless driving causing bodily harm and was issued a three-day licence suspension for having more than 50 mgs of alcohol per 100 ml of blood.

Police say the status of the victim is unknown, but his injuries were not life threatening.

Anyone with information is asked to contact police or Crime Stoppers.