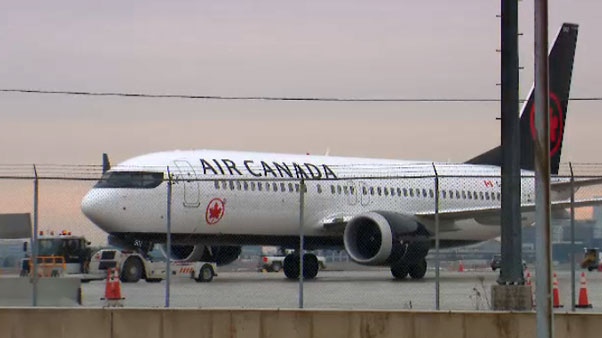 An Air Canada plane is seen in this file photo.

MONTREAL -- Air Canada is cancelling select flights to China as travellers shaken by the coronavirus epidemic delay or call off travel plans.

Canada's largest airline runs 33 flights a week to China and says that the capacity reduction is relatively small.

The cancellations come as the airline allows passengers to rebook direct flights to Beijing and Shanghai free of charge, if they're scheduled for between late January and mid-February

Air Canada is also waiving rebooking fees for flights that go through a partner airline to the Chinese city of Wuhan, the epicentre of the virus, until late March.

The Montreal-based company has seen its shares fall by about 10 per cent since authorities confirmed on Jan. 20 human-to-human transmission of the illness, which has caused 132 deaths and infected more than 6,000 people.

This report by The Canadian Press was first published Jan. 29, 2020.