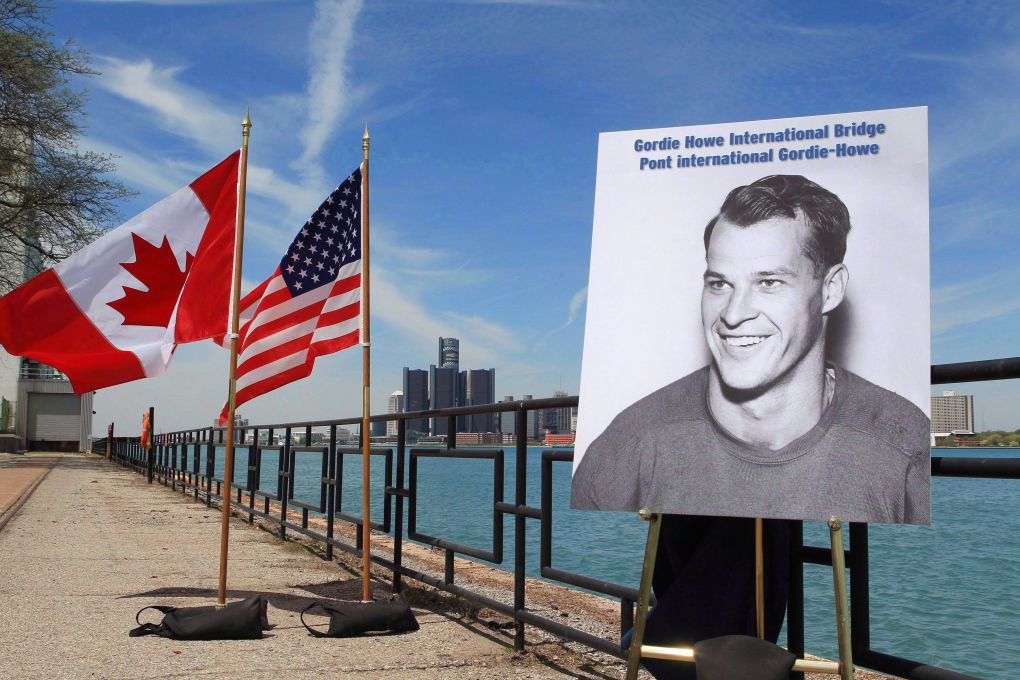 A photo of hockey great Gordie Howe was unveiled at the announcement that the Detroit River International Crossing will be named the Gordie Howe International Bridge, on the waterfront, in Windsor, Ont., Thursday May 14, 2015. THE CANADIAN PRESS/Dave Chidley

TORONTO -- Aecon Group Inc. says it has received approval to rejoin the group selected as the preferred proponent to build and operate the Gordie Howe International Bridge.

Aecon's request to rejoin its partners as part of the Bridging North America team was approved following a review by the Windsor-Detroit Bridge Authority, the Crown corporation responsible for the project.

The consortium, which also includes ACS Infrastructure Canada Inc., Dragados Canada Inc. and Fluor Canada, was selected as the preferred proponent for the project in July.

Aecon was initially part of the group but pulled out in May as it was undergoing a federal review about a proposed takeover by a Chinese state-owned company that was ultimately blocked by the Canadian government.

Before the takeover by China Communications Construction Company was rejected, the federal government had reportedly decided that Aecon couldn't work on the bridge for security reasons and opposition from the U.S. administration.

The group's plan for the bridge calls for a six-lane, 2.5-kilometre cable-stayed design. The cost, design details and expected construction schedule are expected to be announced once the contract has been awarded and signed in September.