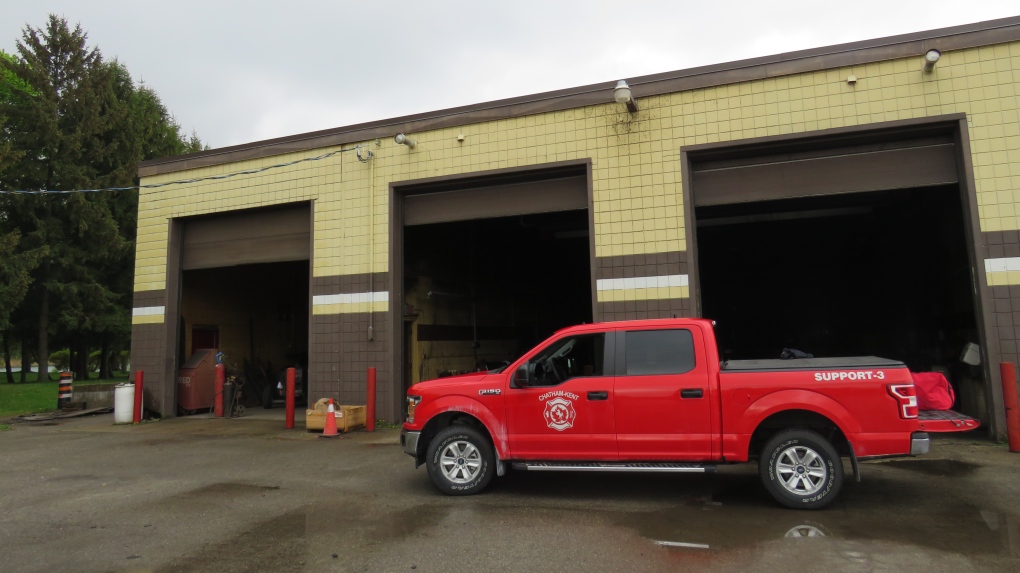 Chatham-Kent fire crews responded to a structure fire at at 10785 Pinehurst Line in Chatham, Ont. on Tuesday, May, 4, 2021. (courtesy Chatham-Kent Fire and Rescue Services)

WINDSOR, ONT. -- Chatham-Kent fire crews quickly extinguished an early morning structure fire believed to have started in the battery compartment of a truck.

Crews from two stations responded to the blaze just after 6 a.m. Tuesday morning at 10785 Pinehurst Line.

When they arrived, firefighters were able to gain access to the building and had quickly extinguished the blaze.

Chatham-Kent Fire Emergency Services inspectors attended the scene and conducted an investigation and the fire was found to be accidental.

Inspectors reported the fire started in the battery compartment of a truck that was inside the building.

There were no injuries reported as a result of the blaze. Damages are estimated at $10,000 for the truck and $150,000 to the structure.