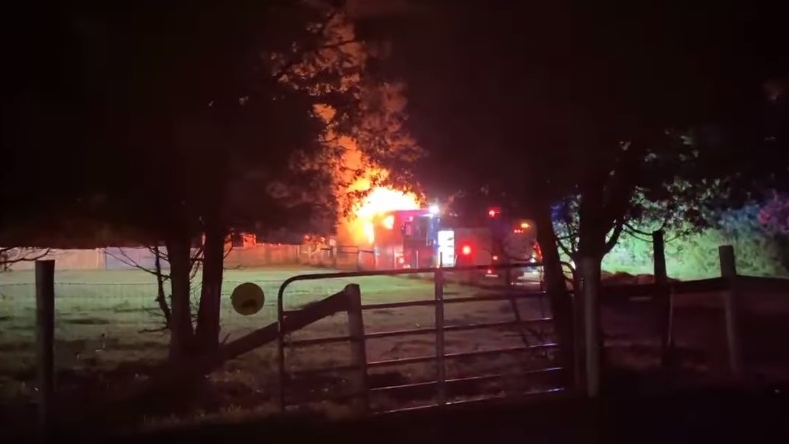 Charlotte’s Freedom Farm said on Facebook that the empty trailer at the back of their property was set on fire around 1:30 a.m. on Sunday. (Charlotte's Freedom Farm / Facebook)

WINDSOR, ONT. -- Owners of a farm animal sanctuary in Chatham posted on social media about “a very traumatic attack” involving another fire on their property.

Charlotte’s Freedom Farm said on Facebook that the empty trailer at the back of their property was set on fire around 1:30 a.m. on Sunday.

“No one was injured during the incident and damages are still being investigated,” said the post.

Sanctuary owner, Lauren Edwards, and volunteer, Christine Rettig were quick to detect the flames and call 911. Fire fighters were at the farm immediately and were quick to put the blaze out and help to move nearby animals.

“We are grateful for the help from our wonderful neighbours and quick responding volunteers,” the post continued. 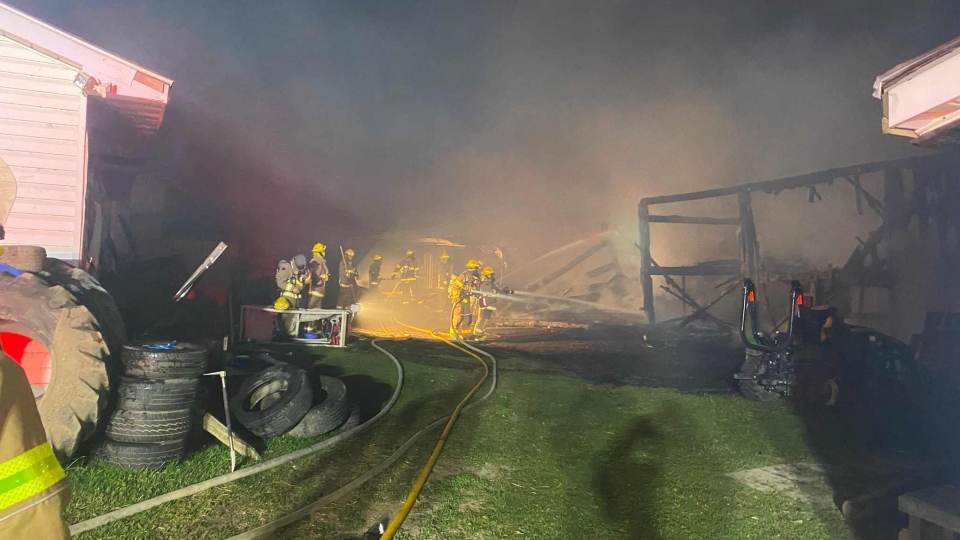 The social media post says that a threatening letter found in their mailbox on October 2, 2020 and another letter was found Sunday morning, claiming “you were warned” and messages of hate speech.

The farm says the police and fire department are taking the matter very seriously and are looking at all possibilities.

Chatham Kent Police say damage estimate is $15,000. They believe the fire is suspicious in nature.

The Ontario Fire Marshall's Office has been called in to further investigate.