A sign of respect or a sign of the times? Some flags not flying half-mast for late Queen

A sign of respect or a sign of the times? Some flags not flying half-mast for late Queen

With less than a week before Queen Elizabeth II's funeral, a new poll suggests that the majority of Canadians have not been personally impacted by her passing and feel no attachment to the monarchy.

The poll from Leger and the Association of Canadian Studies also found that while some Canadians are happy about King Charles III taking the throne and others are not, most are largely indifferent to Canada's new head of state.

“Having Charles come in as King is a little unnerving,” said Chatham-Kent resident Judy Gow. “It's going to be ‘let's watch and wait and see what's going to happen’ I guess.”

Gow explained she believes the modern monarchy serves an honourary role in Canada compared to years past, suggesting it’s still important to pay tribute and respect for the years Queen Elizabeth II served on the throne.

“I think we need to honour without taking it out of context,” Gow said. “It’s unfortunate things have changed. You know, stuff like that doesn't mean so much to people anymore maybe.”

Meanwhile, other Chatham-Kent residents have noticed several Canadian, provincial and municipal flags continue to fly high in the community despite Heritage Canada protocol dictating government flags be lowered to half-mast. 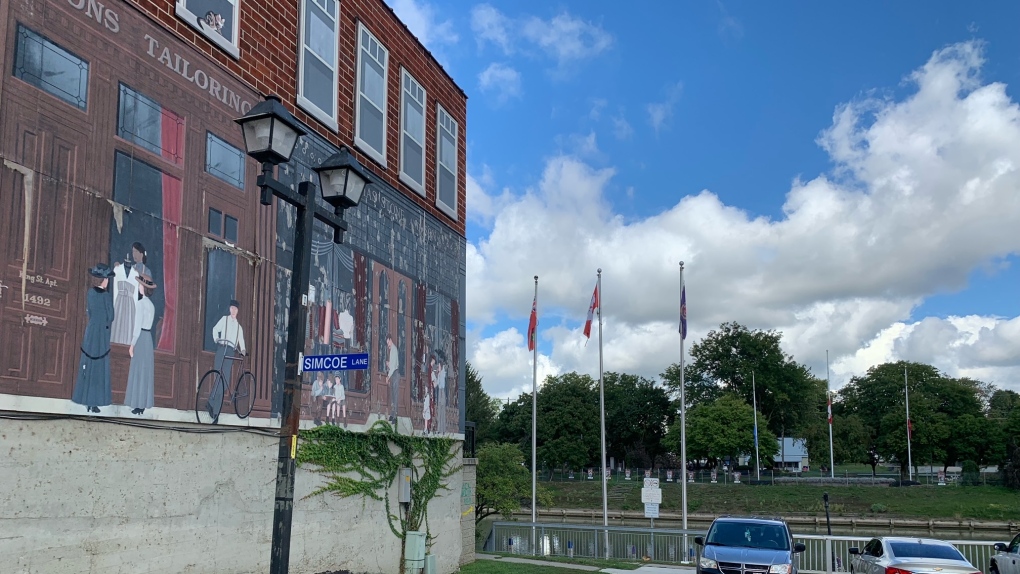 Flags at full-mast in downtown Chatham, Ont. on Tuesday, Sept. 13, 2022. (Chris Campbell/CTV News Windsor)“In this particular situation, it might be simply an oversight,” said former councillor Art Stirling. “But I understand that there are flags on municipal buildings and on municipal properties across Chatham-Kent that have not been lowered.”

Stirling questioned what the proper municipal policy is relating to flag flying following the Queen’s death after observing the non-lowered flags in several locations.

“To me it's a question of consistency. It's a question of respect,” Stirling continued. “I think it kind of plugs into that undercurrent of dissent or disconnection maybe to the Royal Family.”

Chatham-Kent CAO Michael Duben told CTV News that most flags in the municipality should be at half-mast, while admitting there may be some that staff had not got to lowering yet.

“There's obviously quite a few of them,” Duben explained. “So they can't always get to all of them at the same time.”

Duben said staff would look into the matter noting a book of condolences was set up inside the Chatham-Kent Civic Centre.

“There's only one or two people that I think do that work,” Duben said. “So it may just be a question of getting it. But really any municipal building that has a Canadian flag ought to follow the same policy.”

- With files from The Canadian Press