When 96-year-old Frank Davis woke up Saturday morning from his home in London, Ont., he never expected to find himself grasping the bars of a motorcycle that had played such a crucial role in his life.

But thanks to a surprise effort from about 30 members of veterans' motorcycle groups throughout London and Essex County, Davis was brought to the Canadian Transportation Museum in Kingsville where he got to sit on a 1940's Harley Davidson motorcycle.

He used to drive the same model during his time in the Signal Corps in the 1950's, after serving in World War II.

"I thought I had seen an open road ahead of me. I was just about to twist her up a bit and start going," he joked, shortly after sitting on the bike for the first time in 70 years. "It feels wonderful."

According to museum board member and Afghanistan veteran Les McDonald, the effort of getting the London war veteran to Kingsville started about a month ago.

"I think we probably got close to 30 bikes out there. It was a really good turnout," said McDonald who is also a member of the UN-NATO Riders. 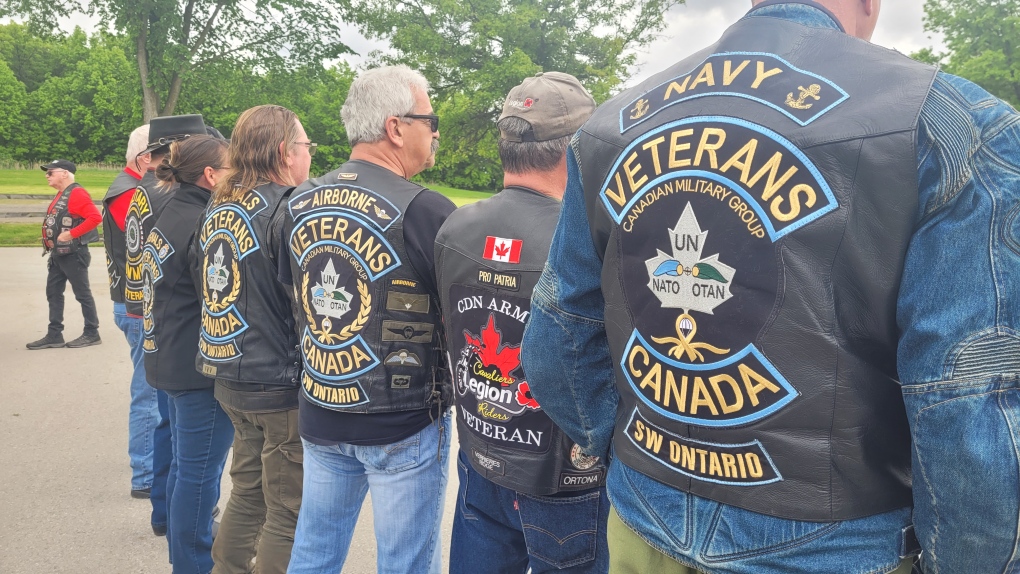 A look at some of the veterans' motorcycle units that showed up on Saturday to watch Davis reunite with his wartime motorcycle. (Sanjay Maru/CTV News Windsor)

"With guys like Tex [Davis' military nickname], there's less and less of them all the time. So we want to show our appreciation for what he did for the country."

When Davis arrived at the Kingsville museum, he was led by 1st CAV rider and London resident Greg Young. As an eight-year veteran of war himself, Young said he understands what Davis experienced during the war.

"So we sympathize with him and we'd like to help keep him going. Doing things like this makes his day and it keeps him young." 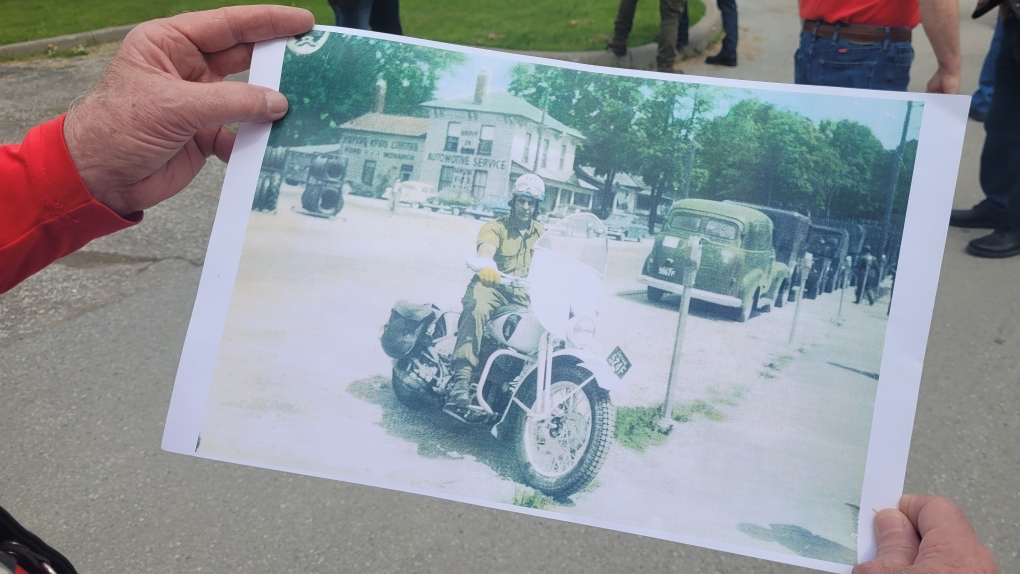 Davis says this photo of him riding the same model of motorcycle was taken in 1952. (Sanjay Maru/CTV News Windsor)

A photo from 1952 shows Davis sitting on a model of the same motorcycle.

World War II vet Frank Davis lives in London, Ont. — but was brought to Kingsville to reunite with a motorcycle he rode during his time in the Signal Corps.

During the reunion, the 96-year-old shared some of the poetry he wrote during his time in the war.@CTVWindsor pic.twitter.com/5t4S3idi0Y

A lack of programs to certify lifeguards amid the COVID-19 pandemic is contributing to the industry-wide shortage seen in Canada, a Toronto city official says.