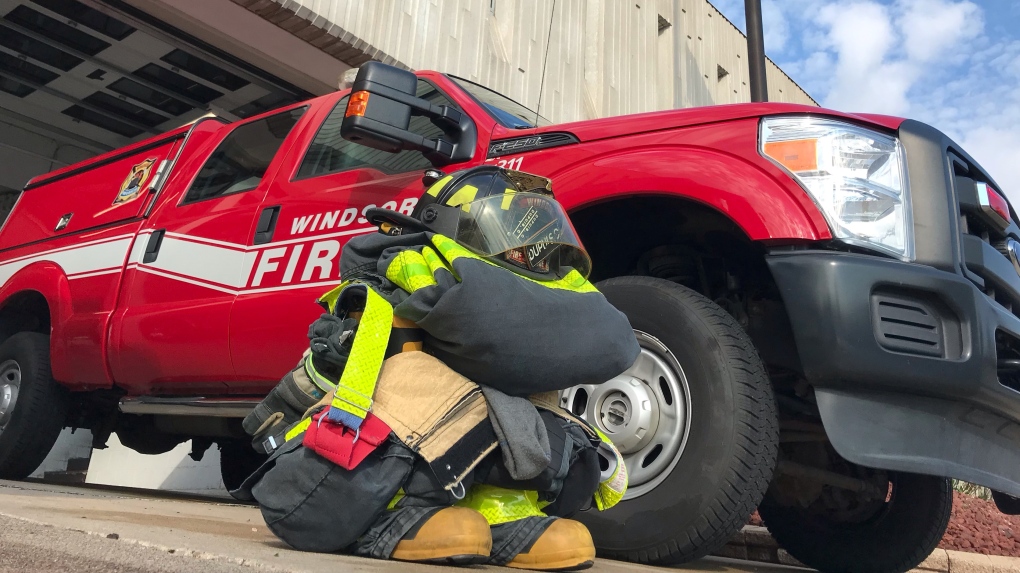 Firefighters across the city observed a moment of silence at 9:59 a.m., the moment the second tower fell in New York City.

According to The Never Forget Project, 343 firefighters died that day.

“I think what 9-11 did it really brought light to the unimaginable.” says Jamie Waffle, Deputy Fire Chief with Windsor Fire and Rescue Services.

The crew at fire headquarters on Goyeau St. Parked all of their emergency response vehicles out of the fire hall, activated their lights, and observed a minute of silence.

Waffle says its a small gesture that is meant to have a big impact on the next generation of firefighters.

“We have a good portion of our workforce that weren’t around at that time,” says Waffle.

The Deputy Chief believes they need to be reminded of “the camaraderie and the brotherhood and sisterhood” between firefighters from around the world in the days, weeks and months following 9-11.

“Its really a matter of passing down the lessons that we learned to the upcoming generation of firefighters and emergency personnel.”

Since 9-11 Waffle says they have annual training exercises for mass casualty events, or incidents at the border.

Windsor-Essex now has a dedicated emergency operations centre in the City, and a back-up in Essex County.

“Its really about preparing and 9-11 brought light to that.” Adds Waffle. “We try to wrap our heads around what that would look like.”