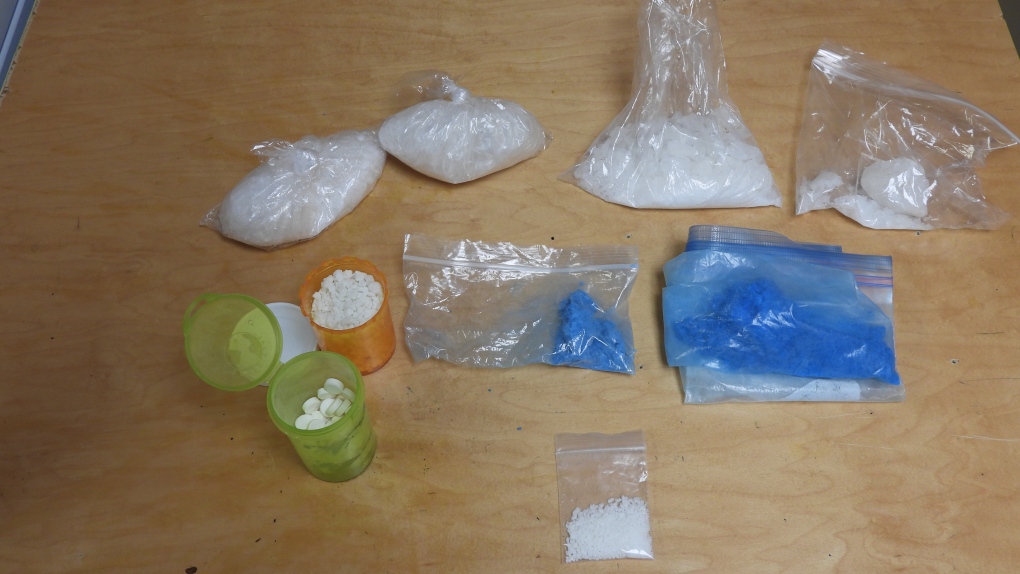 Chatham-Kent police have made a $73,500 drug bust in the municipality after using a search warrant as part of an ongoing investigation.

According to police, officer seized fentanyl, methamphetamine and oxycodone.

A large amount of Canadian currency, an airsoft pistol, digital scales and other drug paraphernalia were also seized.

Police also say the suspect in the incident was bound by prohibition orders, release orders and is also the suspect in a stolen vehicle investigation.

Harry Styles won album of the year at Sunday's Grammy Awards, taking home the top honour on a night that Beyoncé dominated and became the ceremony's most decorated artist. Beyonce won her 32nd award, breaking a 26-year-old record. But as in years past, the album of the year honour eluded her.

A powerful 7.8 magnitude earthquake hit southern Turkiye and northern Syria early Monday, toppling buildings and triggering a frantic search for survivors in the rubble in cities and towns across the area. At least 207 were killed and hundreds injured, and the toll was expected to rise.

She started throwing punches to get exercise during the COVID-19 pandemic, but now 17-year-old Talia Birch is gearing up to compete in the Canada Games as it opens up to female boxers for the first time

A Montreal woman is passing along her father's extensive collection of over 31,000 Expos baseball cards. April Whitzman's father, Steve Whitzman, collected the cards from 1969 to 2016. A huge Expos fan, he's got every player covered.

Charles Kimbrough, a Tony- and Emmy-nominated actor who played a straight-laced news anchor opposite Candice Bergen on “Murphy Brown,” died Jan. 11 in Culver City, California. He was 86.

Canadian researchers are drawing attention to the increasing prevalence of 'a pathological pursuit of muscularity' among Canadian boys and young men, with a new study that found one in four were at risk of developing what's known as muscle dysmorphia.