WINDSOR, ONT. -- Peche Island is without a doubt one of the city’s wonders but the remote park at the neck of Lake St. Clair needs immediate work to stop erosion from eating the island away.

“It’s like an oasis in the city. And we’re really lucky to have it,” says Windsor Mayor Drew Dilkens. “If you think living in the City of Windsor and you think having Ojibway in your backyard is special, coming to Peche Island is spectacular.”

Windsor City Council’s concern is that Peche Island won’t be there if the city chooses to do nothing.

According to the Essex Region Conservation Authority, the island has lost 17 acres — nearly 20 per cent of its mass — since 1930.

Intensifying waves from the nearby shipping channel and consistently high water levels are causing advanced erosion on the north and north-east side of the island.

“With all the freighters going by daily or regularly, that creates a lot of big waves,” says Kevin Money of ERCA. “And those big waves have an impact on the shoreline.”

The result — steep erosion cliffs and fallen trees on the north-east side, which looks to be slipping into the water.

The city has already contributed $2.5 million, with ERCA chipping in an additional $600,000. 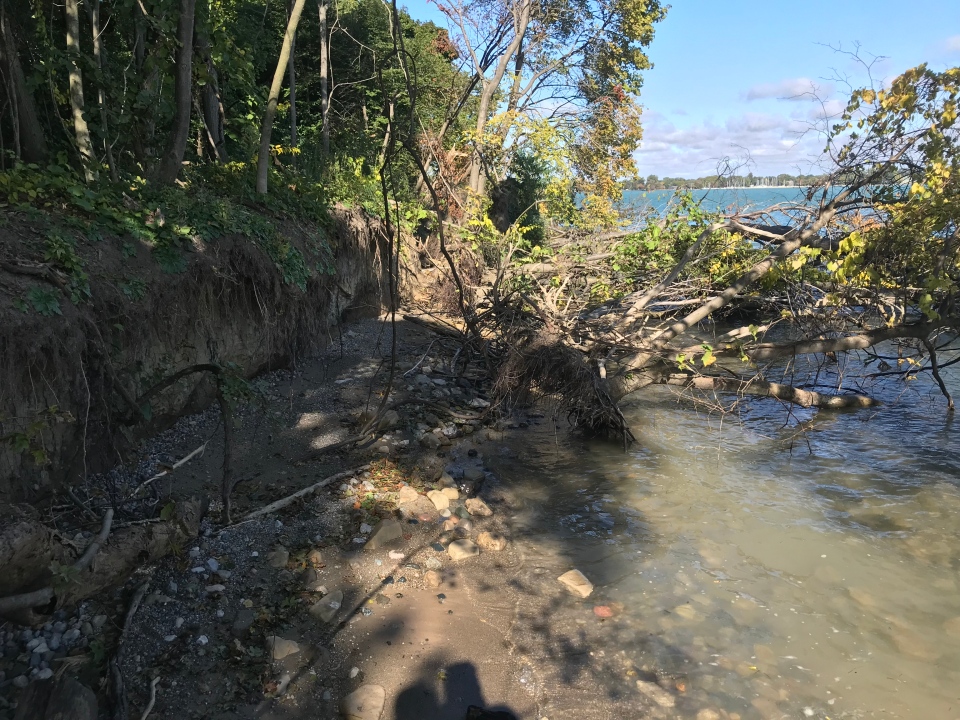 The price tag to mitigate the flooding and erosion concerns on Peche Island could be upwards of $6.5 million, money the mayor says needs to be spent to keep it here today and into the future.

“We’re at the point now where if we don’t make these investments, you might as well just take everything out, move away and let the island erode,” says Dilkens. “But that’s not how I see it. I want to make sure future generations can continue to come here, continue to enjoy this amazing place.”

The project is being broken into two phases, with 40 per cent of funding already committed by city council.

Phase one will see a series of rock walls to preserve the north side — while also providing a home to endangered fish species like the Northern Mad Tom small catfish.

“What we’re trying to do is create some habitat for that endangered species as well as the other 100 or so fish species that reside within the Detroit River,” says Money.

Once that work is complete, a bigger rockwall with 11,000 metric tons of aggregate will have to be shipped into place by a barge.

Mayor Dilkens also believes fixing up the iconic bridge built by Hiram Walker in the 1880s will be necessary to allow continued access throughout the island. That comes at a cost of $500,000.

“The spindles on this bridge match the spindles and the Canadian Club Brand Centre and at Willistead (Manor) and so the moulds still exist. We still have the original moulds in place to fix some of the original spindles in place,” the mayor says.

The city will apply for federal funding to offset future costs.

Work is expected to take two years — but if successful, should preserve the Island in its current state for the next century.