The 54th annual Windsor Santa Claus Parade got underway Saturday night, delighting Windorites of all ages and officially kicking off the holiday season.

This year’s parade featured a variety of floats, community groups and marching bands.

The parade kicked off at 6 p.m. and the route took the parade down Wyandotte Street east between Devonshire Road and Aylmer Avenue.

Visitors were invited to take in some fun and refreshments at the all new fan zone at the Ten Friends Diner before the parade started. 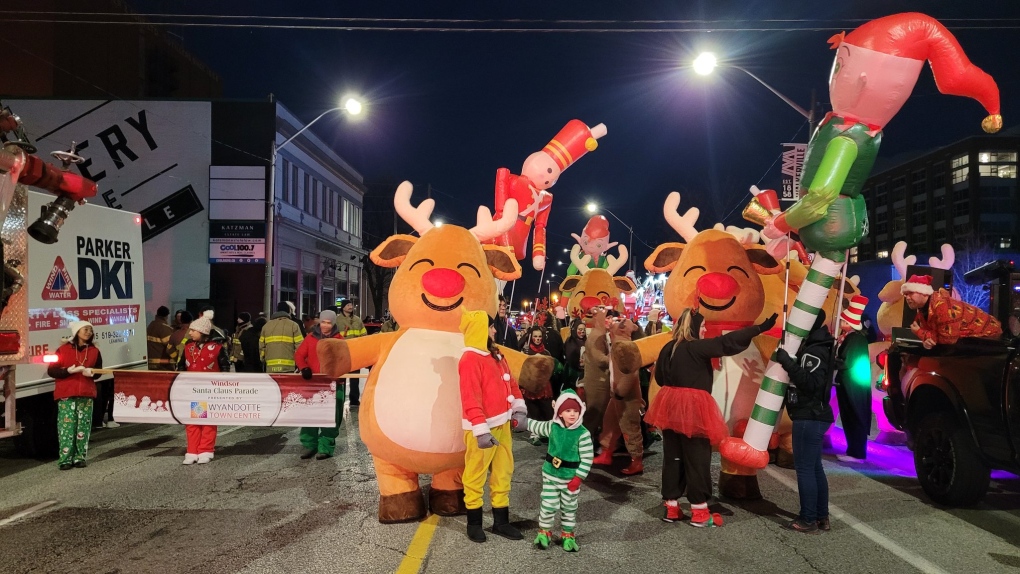 Last week, the Windsor Parade Organization held a Christmas parade in Amherstburg, Ont., before popping over to Essex next Saturday.

Organizers said this year’s parade is bigger than ever before, but tackling three holiday parades in three weeks is no small feat.

“We’ve got seven bands in this parade, floats, we’ve got our inflatable characters up on the street this week, the fan zone’s going on, it’s already open,” said Maggie Durocher, executive director of the Windsor Parade Corporation. “It’s very busy, especially when you have three parades in three weeks, so every week you start over again for your next location…it’s a process.”