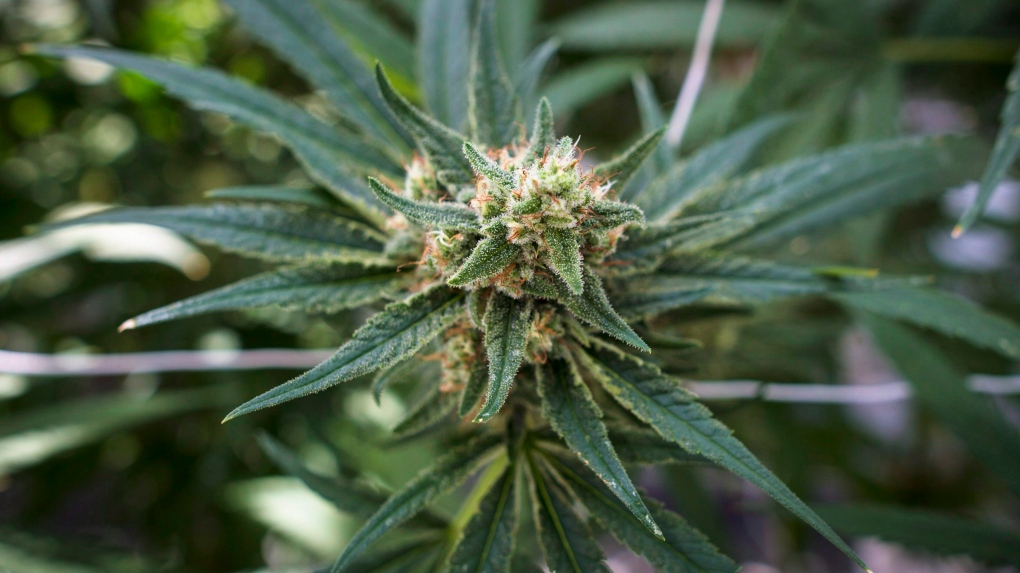 A cannabis plant approaching maturity is photographed at the CannTrust Niagara Greenhouse Facility during the grand opening event in Fenwick, Ont., on Tuesday, June 26, 2018. (THE CANADIAN PRESS / Tijana Martin)

WINDSOR, ONT. -- Essex County OPP say they have seized about 500 cannabis plants and a quantity of processed cannabis in Leamington.

Four Leamington residents have been charged.

Four people were arrested and released from custody and are scheduled to appear in the Ontario Court of Justice in Leamington on Nov. 19, 2020.

The following individuals are charged with Cultivate, Propagate or Harvest any Cannabis Plant at a Place that is not their Dwelling House: