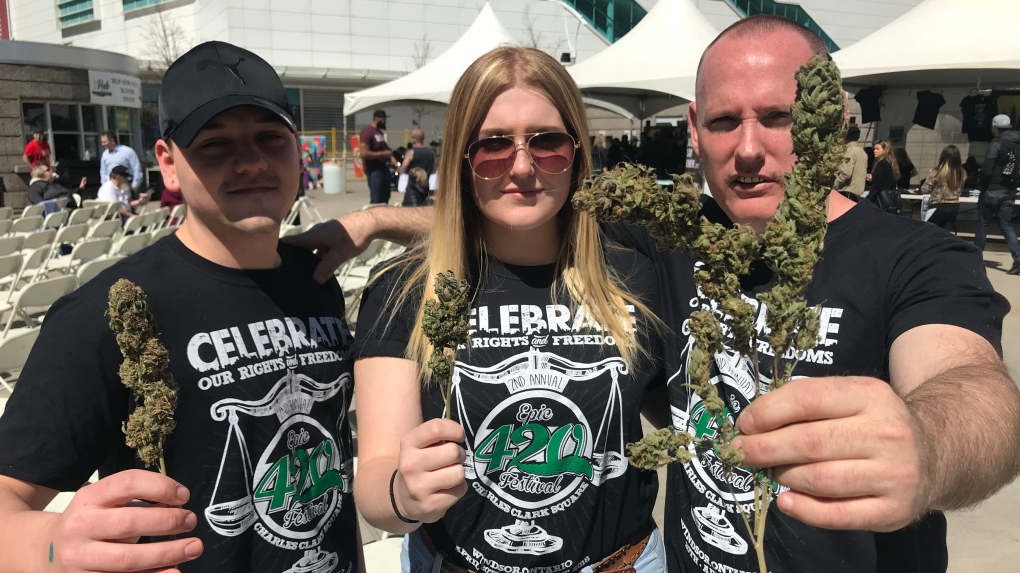 Leo Lucier, a longtime cannabis advocate in Windsor, poses on the last 420 celebration before legalization in Windsor on April 20, 2018. (Rich Garton / CTV Windsor)

Windsor's last 420 celebration before legalization is being called a huge success.

An estimated 3,000 people attended this year's ‘Epic 420 Festival’ at Charles Clark Square on Friday and Saturday.

Longtime local advocate Leo Lucier hosted the festival. He says people from all over the United States – including Washington and Chicago – attended the two-day event.

“There were no issues, no arrests, no DUI’s,” says Lucier. “There were no fights, it was peaceful and thats what it’s all about.”

Lucier tells CTV News canna-tourism will be the next big thing in Canada, especially in a border city like Windsor.

The Women's Welcome Center and the Leamington Lodge will split $2,200 raised at the event, and two tonnes of canned goods that were collected.

Lucier adds he's already looking to organize a three-day pot festival next year on the waterfront.