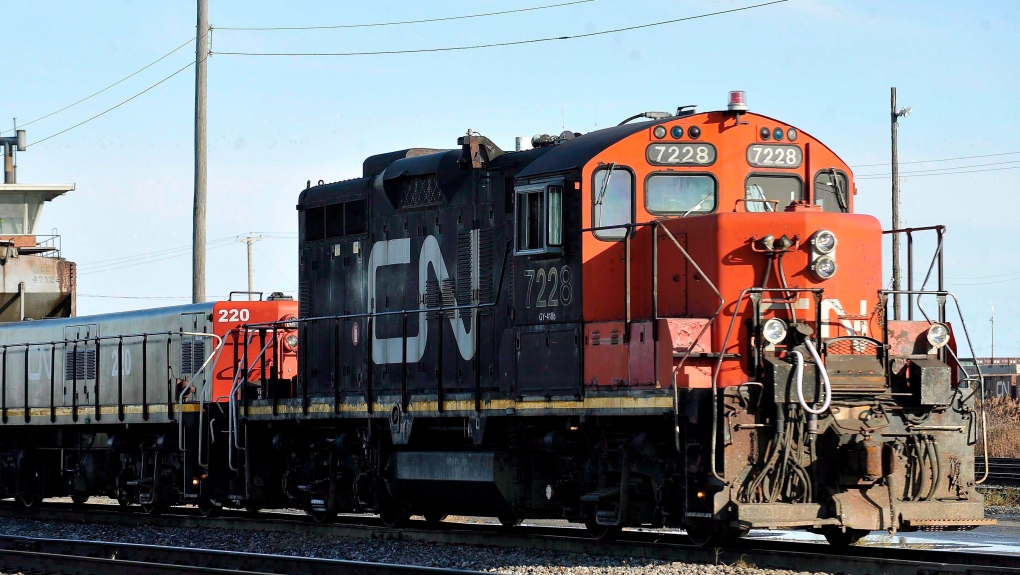 MONTREAL - About 3,200 Canadian National Railway conductors, trainpersons and yard workers could go on strike just after midnight tonight if a deal isn't reached with the company.

The Teamsters Canadian Rail Conference, the union representing the employees, gave the required 72-hour notice on the weekend.

The union says it hopes to reach an agreement before the deadline to address safety and scheduling issues, but workers are prepared to walk off the job if their expectations aren't met.

CN says it continues to negotiate in good faith and has offered binding arbitration to ensure train services aren't disrupted.

The workers, who have been without a contract since July 23, say they're concerned about long hours, fatigue, and what they consider dangerous working conditions. They are also fighting against a lifetime cap on prescription drug coverage.

The dispute comes as CN confirmed Friday that it was cutting jobs across the railway as it deals with a weakening North American economy that has eroded demand.