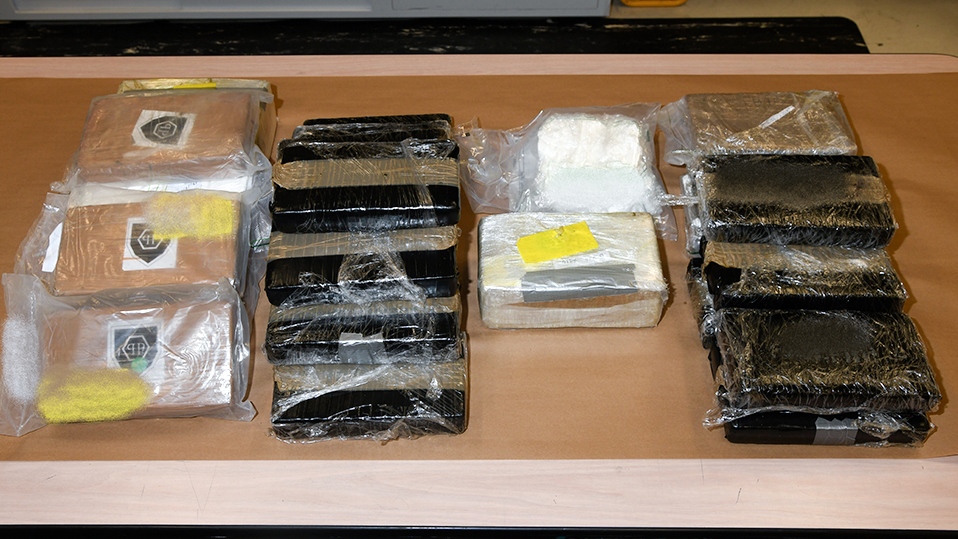 Border officers arrested two people after discovering a duffle bag with 28 bricks of suspected cocaine in a commercial truck at the Ambassador Bridge border crossing between Windsor and Detroit.

Canada Border Services Agency officials say the truck entered Canada at the bridge on Aug. 1 and was referred for a secondary examination. During the inspection of the cab, officers say they discovered the 28 bricks of suspected cocaine, which weighed about 30 kg.

“This is a fine example of our officers working diligently to keep drugs out of our communities. With the ongoing cooperation that exists between the CBSA and the RCMP, we will continue to protect Canadians,” said Joe McMahon, CBSA district director of Ambassador Bridge operations.

The CBSA arrested the driver and passenger and seized the suspected narcotics. The RCMP took custody of the subjects and the evidence.

“Members of the RCMP’s Border Integrity Program protect our border by preventing, detecting, and disrupting cross-border criminality. This investigation is another great example of the RCMP and the CBSA working together to protect our communities by preventing illegal drugs from reaching our streets,” said RCMP Superintendent Shawn Boudreau.

The RCMP took over the investigation and formally charged two people.

Narinder Singh, 50, and Harpreet Singh, 31, both of Winnipeg, have been charged with:

Their next scheduled court date is on Sept. 19 at the Ontario Court of Justice in Windsor.

A series of unusual leaks on two natural gas pipelines running from Russia under the Baltic Sea to Germany triggered concerns about sabotage Tuesday, overshadowing the inauguration of a long-awaited pipeline that will bring Norwegian gas to Poland to bolster Europe's energy independence from Moscow.