WINDSOR, ONT. -- Downtown Windsor is about to get a serious — and much needed shot in the arm with a pair of residential developments at two downtown locations on Ouellette Avenue.

Real estate developers Rhys Trenhaile and Reed Renaud have teamed with investors from Burlington-based Celernus to renovate the Former Knights of Columbus Building at 703 Ouellette Ave. as well as the historic Canada Building at 374 Ouellette Ave.

The team of investors plan to pump $21 million into the two properties to create 106 new residential units in the core.

“A city is only as good as its downtown core and that’s a major driving factor here for what we’re trying to accomplish,” says Renaud, who is a co-investor at the Canada Building. 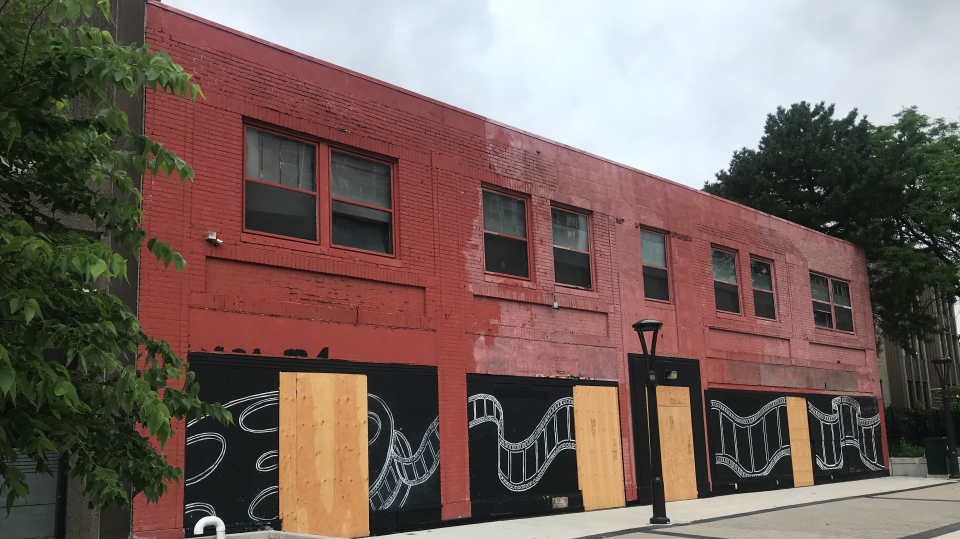 The former Knights of Columbus property was most recently a bingo hall but has been sitting mostly vacant for more than a decade.

Rhys Trenhaile, a co-investor in both properties, says that building will feature 34 residential units, including some two-storey spaces with a false mezzanine. They will also be adding a floor to the top of the building and maintaining four retail spaces at the street-level.

“You’re going to see some types of apartments in here that really don’t exist certainly downtown but also in the city,” says Trenhaile. “There’s going to be some really cool spaces down here. And spaces downtown are supposed to be cool to live in.”

The Canada Building at 374 Ouellette Ave. has hosted commercial spaces but Renaud indicates it’s only half-utilized.

The investors are planning for 72 middle to high-end one and two-bedroom apartments. They also plan on renovating multiple levels of existing commercial space and maintaining the Mazzar Restaurant at the street level.

“A building like that really deserves to be full, vibrant, and that’s really what we’re trying to do here,” says Renaud.

With vacancy rates at their lowest point in decades and thousands of university and college students downtown the investors believe the demand for this type of housing exists.

“The intention is to essentially take advantage of the demand that we know is there for residential downtown and building it,” Trenhaile says. “Field of dreams. Build it and they will come.”

It’s also a major boon for the downtown core, where a handful of residential properties are currently under construction.

“We’ve never seen this much residential built in the downtown core in the 30 years that I’ve lived here,” says Brian Yeomans, the chair of the Downtown Windsor Business Improvement Association.

He adds the cluster of developments will be a catalyst for future development to fit the needs of a growing number of residents.

These developments won’t fit the criteria for affordable housing but developers say the new housing could still increase the availability of affordable stock.

“You’ve got a problem right across the board, not just affordable housing,” Trenhaile argues. “So any housing that you building is freeing up housing for other people, including affordable housing. You just need housing stock, full stop.”

The city’s health commissioner Jelena Payne hopes more developers will consider including affordable units into their plans, but agrees that a shortage of stock in general needs to be addressed.

Payne adds that as people earn more and look for a step-up in their housing preferences, affordable housing stock can naturally turnover.

“Eventually they may work their way up and that creates accessibility at the lower level of affordable housing, so any and all investments in our community are welcome,” Payne says.

Demolition work is expected to begin in two months. Architectural drawings are currently being completed with a construction timeline of 12 to 18 months, with a completion date anticipated for both properties by 2022.