WINDSOR, ONT. -- A group of abandoned domestic rats, found by a Windsor family, have been adopted less than a week after their discovery.

The rats were found at Elizabeth Kishkon Park, huddled together in the snow on Sunday, before being brought to the Windsor-Essex County Humane Society.

Staff say the 21 rats have either been adopted or spoken for, while some wait for pregnancy tests before being released.

“We tried to keep them warm, so they ran home, grabbed a box and some old croissants to give them some food.”

Dad Joe, who didn’t want to give his last name, told CTV News that he and his family made the odd find, saying he couldn’t believe someone would abandon the animals the way they did. 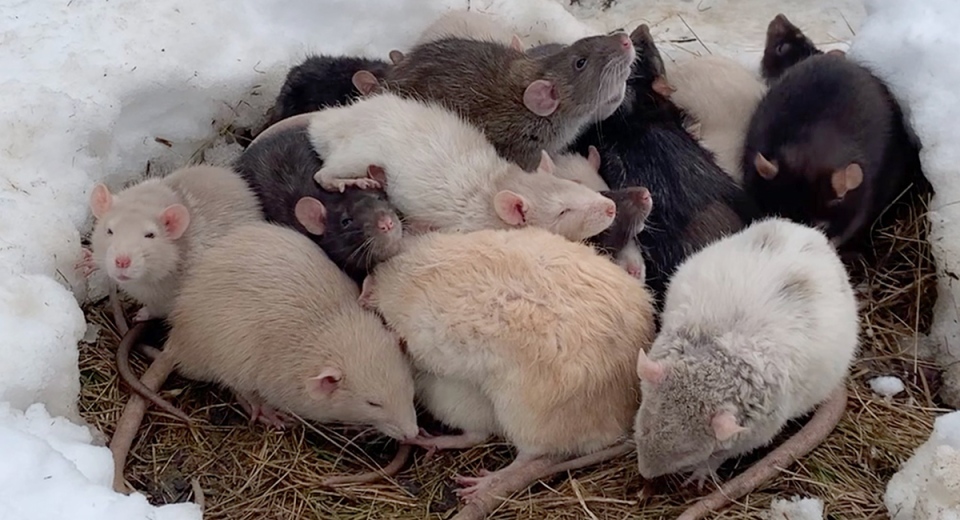 Friendly rats found in a park and brought into the Windsor/Essex County Humane Society are seen in this image posted by the organization on their Facebook page.

“It’s mind boggling that someone would do that when there is such an easy option.”

The humane society is praising the family for gathering the rodents and bringing them in.

"What these people did was just amazing and what we would hope someone would do,” says Executive Director Melanie Coulter.

Coulter adds that the number of adoption applications that have come in since sharing their story online has far exceeded those of other small animal adoptions.