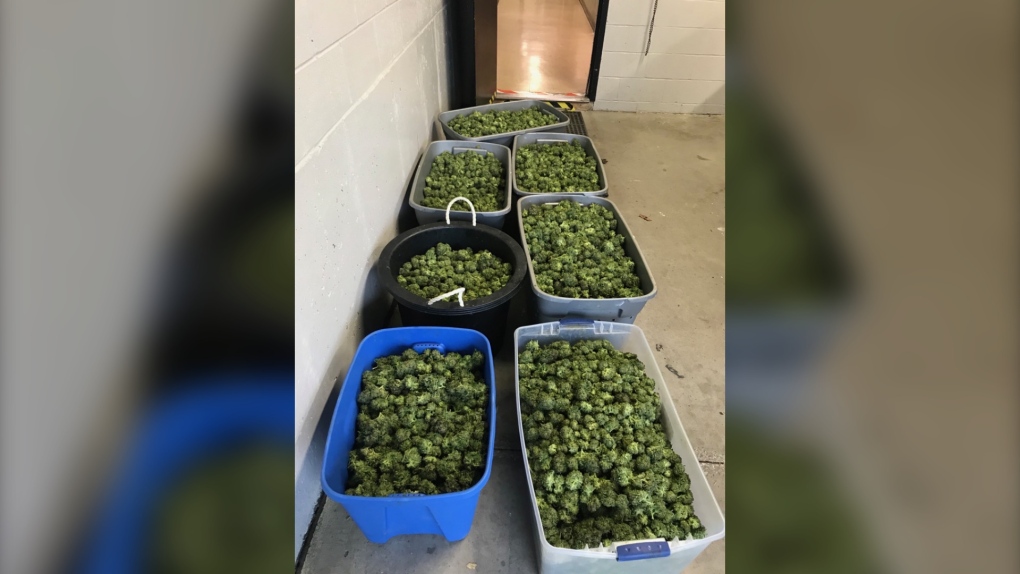 WINDSOR, ONT. -- Two Toronto residents have been charged after Essex County OPP seized 200 pounds of marijuana during a traffic stop in Leamington.

A member of OPP’s Leamington Detachment conducted a traffic stop on Talbot Street West for a Highway Traffic Act offence on Saturday around 11:30 p.m.

“It’s amazing how something so simple can turn into so much more,” Essex County OPP constable Amanda Allen told CTV News. “So we ask people to be vigilant and if you see suspicious activity then call us. We never know what a traffic stop will lead to and in this case, we were able to take 200 pounds off the streets.”

Police say during the traffic stop the officer observed a large quantity of marijuana in the back seat of the vehicle.

As a result, the driver and the passenger were arrested for possession for the purpose of distribution and are scheduled to appear in the Leamington Ontario Court of Justice Nov. 19.

“Anytime the new cannabis act comes into play, the stipulations are very specific about what’s amounts can be carried, in what locations and at what time,” Allen said. “So when you’re talking about 200 pounds in a car, that is certainly well above what’s allowed to be carried.”

Allen said although legalized, there are still strict rules and penalties attached to the cannabis act. Police ask people to “use responsibly and follow the guidelines.”

"We remain vigilant in the identification of individuals and criminal enterprise groups that are actively involved in the illegal distribution of Cannabis,” said Essex County Detachment Commander, Insp. Glenn Miller. “This recent seizure within the Town of Leamington speaks to the efforts made by those attempting to undermine the existing legislative authorities that are currently in place relating to Cannabis. To those of you who are engaged in this illegal activity you have our undivided attention."