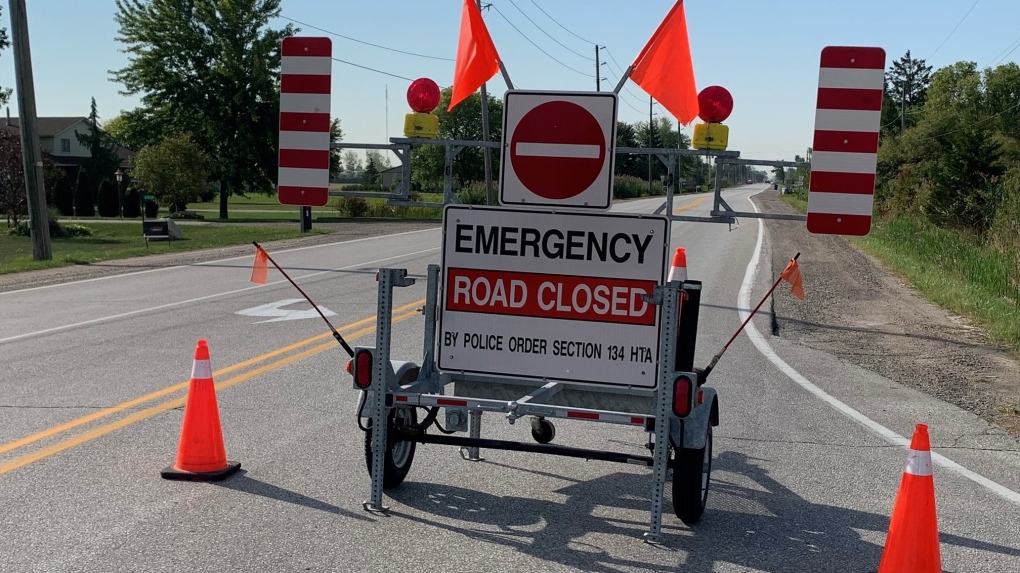 LaSalle police have closed a section of Howard Avenue after a collision in LaSalle, Ont., on Tuesday, Sept. 20, 2022. (Chris Campbell/CTV News Windsor)

LaSalle police continue to investigate a fatal collision that claimed the life of a 19-year-old motorcyclist.

Police were called to the 8800 block of Howard Avenue Tuesday around 6:20 a.m. due to a “head on” collision between a white Chrysler PT Cruiser and a motorcycle.

Police say the victim, a 19-year-old Windsor, Ont. resident, was pronounced deceased at the scene.

The LaSalle Police Collision Reconstruction Team had Howard Ave. closed until 1:15 p.m. as they documented the scene and collected evidence.

Police say the investigation remains ongoing, and no charges have been laid at this time.

Officers are asking drivers who man have been in the collision area around 6:20 a.m. Tuesday, Sept. 20 who may have information or dash camera footage that could help with the investigation to reach out to police at 519 969-5210.

Police are asking the public to respect the families’ privacy at this time.

Southern Ring Nebula's 'messy death' due to more than one star, researchers discover

Researchers were able to determine how the Southern Ring Nebula was created and understand how more than one star led to its 'messy death' by reconstructing the scene that happened thousands of years earlier.

A 33-year-old Toronto man has been sentenced to eight and a half years in prison after pleading guilty to two violent sexual assaults almost a decade ago.