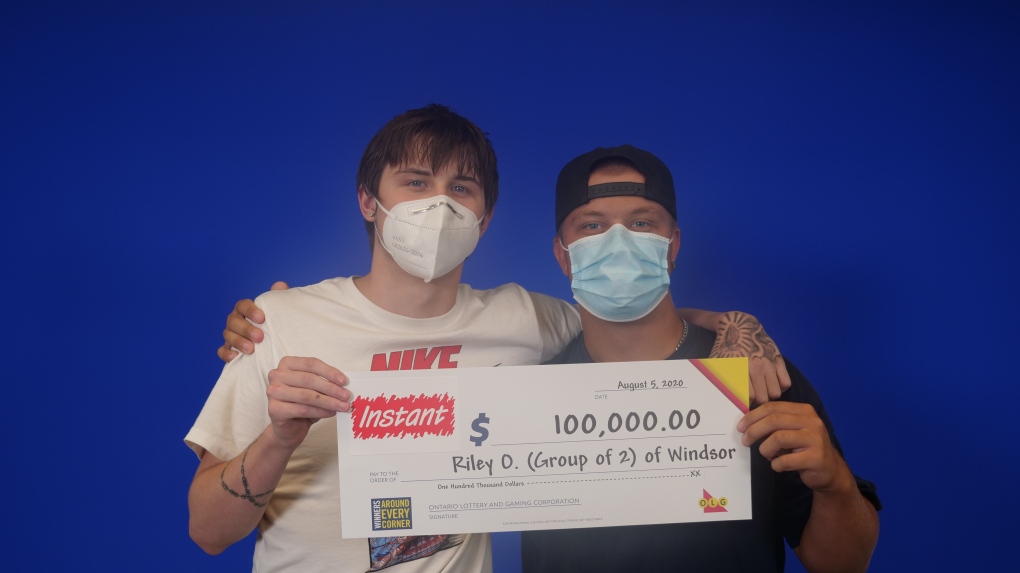 “This ticket was purchased on Andrew’s 18th birthday,” Osier said while at the OLG Prize station in Toronto to pick up their check.

After purchasing their ticket, the two uncovered their win while sitting in the car.

“We thought we had won $100, and we started cheering. Then we uncovered the other three zeros and we went silent and stared at each other,” Hargot said.

The two went back to Hargot’s house after discovering their big win to tell his family.

“My mom almost passed out she was so excited,” he said. “My sister was jealous, and my brother was confused because of all the times I have messed with him!”

Hargot plans to sell his car and upgrade to something new, “it will be fun to shop for a new car without the same financial restrictions,” he said.

Osier will likely invest his portion of the winnings.

The winning ticket was purchased at A & A Tecumseh Convenience on Lesperance Road in Windsor.