A Windsor law firm is launching a $100-million class action lawsuit for people impacted by the Wheatley explosion.

Strosberg Sasso Sutts LLP is proceeding on behalf of individuals who were present, lived, worked, owned or leased property in the area.

One of the residents named in the lawsuit is Steve Ingram who was forced to spend eight months out of his home following the explosion and subsequent evacuation.

“I think there has to be some compensation for the people of Wheatley, the businesses of Wheatley,” Ingram said. “I mean, you know, here we are 15 months in — our town is still a mess.” 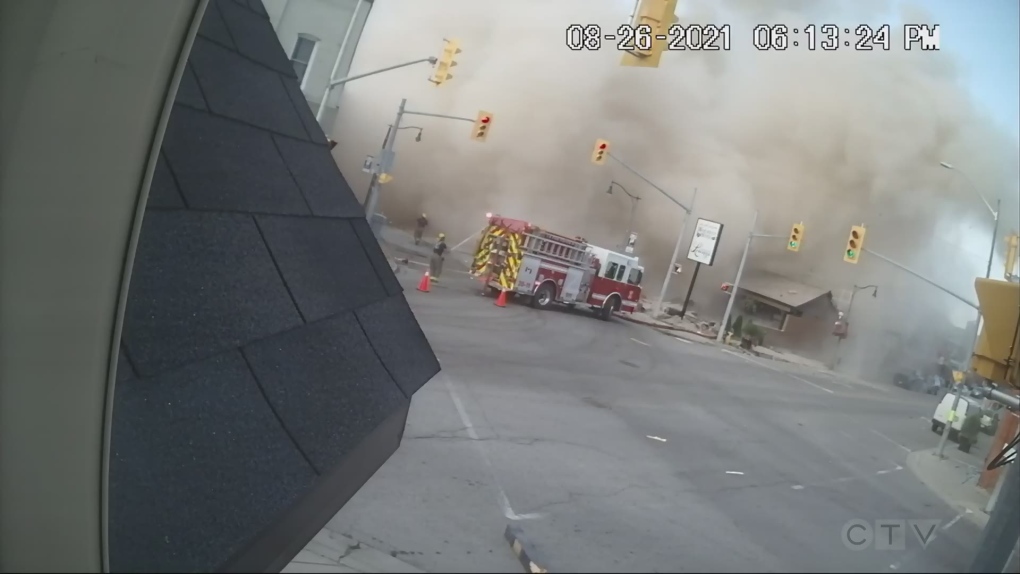 Wheatley Explosion. (Submitted by John Urban)The blast shook the downtown core at the corner of Erie Street and Talbot Street on Aug. 26, 2021. Two buildings were destroyed.

Ingram explained thousands of dollars were needed to repair his home after he was allowed to return last April and believes he and his wife are “lucky” compared to other neighbours.

“We had eight months of living in hotels and the pain and anguish of driving by our home and seeing it deteriorate,” he said. “Coming back and scrubbing cleaning. But as I've mentioned before, we've been one of the lucky ones.”

“Our insurance company worked with us and we're very good. But our neighbours haven't been so lucky. And, you know, I think there has to be some compensation for that.”

On Sept. 28, 2021, the law firm held a virtual class action information session for the residents, commercial property owners and tenants that had contacted them in connection with the explosion.

“It's been a terrible deal for everybody. We just want to put it all behind us really. I love this town,” he said. “We love the people, made a lot of friends and it's a great little town, but it's devastated right now. And everybody here just wants to get back to the life that we had before with some kind of guarantee that we're not going to go through this again.”

"This is a class action and it is as a result of the explosion that took place in downtown Wheatley and we're suing for damages against the municipality and a company that was hired by the municipality," says Strosberg.

David Taylor, the lawyer for the Municipality of Chatham-Kent, issued a statement on Wednesday.

“I can confirm that Chatham-Kent was served with the class action lawsuit yesterday. We are not able to provide any further comment on the allegations made in the lawsuit, as these will need to be addressed through the appropriate court processes. Chatham-Kent’s focus remains on supporting our citizens impacted by this unfortunate situation, and working to implement safety systems at the site,” said Taylor.

Anyone who wants to register for the lawsuit can visit the Strosberg Sasso Sutts LLP website.

A Black-owned yoga studio in Ontario is closing its doors due to thousands of racist and violent messages on social media.